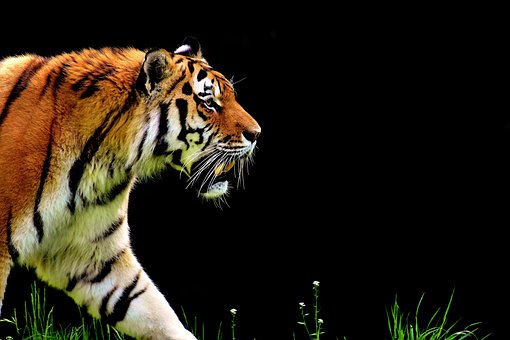 With the introduction of the mobile phone and tablet, everybody appears to be taking photographs, and for many people they all want is a record of a holiday or family event or a special moment in their lives which they are delighted to share with their friends and perhaps to take a look at some years later when it’ll bring back a fond memory of times past.

We dispense with our point and shoot camera and stop using our telephones and invest at a reasonably good camera. Personally, although I was taking pictures for almost 50 years, I only took it up as a serious hobby in 2010 when I bought a Panasonic DMC-FZ38 before visiting Kenya on my first Safari.

To begin with, I looked at the 128 page manual, hardly understood a word, so set the camera to car and went off on safari. I took some great photos but it was just after I joined a local camera club and began to learn about the art of composition which I started to actually look through the lens and think about what I was doing, instead of simply pointing the camera at an item and pressing the shutter.

Like me, I guess that lots of new photographers get confused, or even totally put off, by such things as focal length, ISO, aperture, shutter speed, focusing, exposure, etc., etc., and while I believe it is very helpful to understand the more technical components, I do believe that the most important element for a new photographer to get to grips with, is Composition. All digital camera manufacturers spend lots of time and money on software to help the user get the correct camera settings to capture that shot and, as I did originally, if you set your camera on auto, the vast majority of time you’ll receive technically good outcomes. However the one thing that no camera can do, no matter how much money you’ve spent buying it, is write a photo that’s attractive to the eye.

While you’ll undoubtedly learn by reading all those articles, (and I’d recommend that you do in time), I will focus on a few basic rules that I follow. Before I go further, though some of them are called rules, remember rules are there to be broken. What I am attempting to do is to encourage you to think about what you’re trying to achieve when looking through the viewfinder. I will start then with something that you have probably already come across:-

Basically, if you envision a photograph divided into thirds, both vertically and horizontally, the principal subject of this image should be where a vertical line cross a horizontal one.

Many modern cameras permit you to place a grid in the viewfinder which can be used to place the object where two lines intersect. While we are speaking about the Rule of Thirds, it’s generally best to place the horizon on one of the thirds, rather than in the middle of the frame, determined by whether the main points of interest are in the skies or on the floor.

These lead the audiences eyes to the picture to the major subject or on a journey through the whole of the picture. Examples of leading lines could be a path wandering through the image, a fence line, a winding street or a stream or river.

To demonstrate that the rules are no more than guidelines, the following one contradicts the Rule of Thirds. If your picture is symmetrical, then it could benefit from being centred either on the horizontal, or vertical centre line. This works particularly well for reflections

This principle is talking about giving the subject in the photo, space to move in the frame. This particularly applies to animals and vehicles. The thing should have the most space in front of it, rather than be right up to the border of frame, giving it nowhere to go.

Generally speaking, it’s believed that photos with an odd number of topics is more visually appealing and natural looking than those with an even number, in which the audiences eyes can flick around the image, unsure of where to settle. I often use the rule of odds particularly if taking a close up of flowers or the like.

I hope I have given you a brief insight into makeup and that when you look through your viewfinder you’ll at least stop and think for a few seconds at what you are looking at and how the shot might be improved. But just remember, these rules, and all others you will come across, are simply guide lines to assist you go in the right direction, they are not railway tracks that you need to stick to rigidly.